As for now, the http://profsmythe.blogspot.com /2016/06/confirmed-and-full-specs-of-tecno-camon.html" target="_blank">Tecno Camon C9 is the newest and hottest Tecno device in town while the about to be launched   http://profsmythe.blogspot.com /2016/07/infinix-hot-s-x521-full-specs-and-images.html" target="_blank">Infinix Hot S – X521is also the hottest and currently the most talked about Infinix device that people are waiting for.
So, we believe that you will undoubtedly want to see these two devices go head to head as the war between Tecno devices and Infinix devices continue to rage.
Yes we know that the Infinix Hot S is on the verge of launching unlike the Tecno C9 that has been launched and has been on sell for the past few weeks, but since we already know the confirmed features of the Infinix Hot S, we can lock the horns of Infinix Hot S and Tecno Camon C9 together by doing a clear specs comparison here. 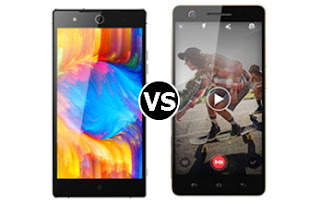