Today, we want to take a look on these two important Tecno devices that were launched this year, the http://profsmythe.blogspot.com /2016/05/tecno-l8-plus-has-something-bigger-than.html" target="_blank">Tecno L8 Plus and the http://profsmythe.blogspot.com /2016/07/tecno-camon-c7-with-full-specs-goes.html" target="_blank">Tecno Camon C7.
Although while we have the Tecno L8 Plus already in the market and selling, the Tecno Camon C7 just launched and has not really started selling but we have the full and confirmed specs and so we can at least start with specs comparison here between the Tecno L8 Plus and the Tecno Camon C7. 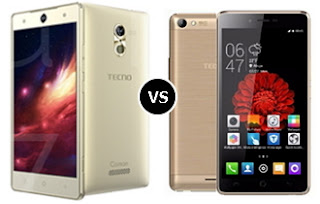