This Kat never quite understood the motivations for the Apple-Samsung smartphone wars. Maybe the reason was as simple as often portrayed. The

late Steve Jobs was incensed at what he felt was a gross misappropriation of his company’s IP by Samsung. But when the leading judgment came down the US (among a number of law suits between the two companies related to the same subject-matter, which were taking place in various countries), there was a certain feeling of unease. Was the case really about the possibility of injunctive relief going to the heart of the competitive relationship between the two sides or the potential for a break-the-bank monetary award? After all, the focus of the court was on certain design patents, and some observers were of the view that these design patents were at best trivial and perhaps should have never been granted.

At least in this Kat’s eyes, Apple lost the IP high ground—an owner of valuable IP rights that were being brazenly misused. From the public relations point of view, the suits were a draw, with perhaps a slight advantage to Samsung. In the words of CIMB analyst Lee Do-hoon (see Reuters report below) --

“If you look at the patent battle with Apple and Samsung … it ultimately created a lot of benefits for Samsung in a kind of an advertisement.”

What we see from this high-profile IP litigation is that, sometimes, the most valuable aspect is the branding benefit, rather than injunctive or monetary relief. What reminded the IPKat of this was the announcement last week that Samsung Electronics Company was suing smartphone rival, Huawei Technologies, for patent infringement in several courts in China. According to a report by Reuters, the action filed in the court in Beijing sought 161 million yuan (approximately $24.14 million) plus injunctive relief against Huawei regarding the production and sale of alleged infringing products. Huawei had filed suit against Samsung in the U.S. in May, alleging patent infringement with respect to 4G cellular communications technology. Now comes the law suit filed in China.

What do we make of these filing and counter-filings? In the view of analyst Lee Do-hoon, monetary relief may not be at the heart of these disputes. As for Samsung, one gets the sense that the filing of the law suits in the Chinese courts is an attempt to perhaps nudge Huawei to the negotiations table. Of more interest is the potential benefits to Huawei with respect to filing of the U.S. case. It may simply be that the Chinese company wants to enjoin Samsung from using the technology covered by the patents. Or perhaps, the end game is some type of settlement, providing for cross-licenses or the like. But Lee Do-hoon suggests another factor may be at play in helping to explain the filing of the law suit by Huawei—

“Huawei might also be trying to create some noise marketing for itself.” 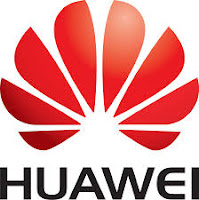 Consider the market circumstances of the two parties to these law suits. Samsung is the number one manufacturer of smartphones, while Huawei is a rapidly expanding number three. It is no secret that Huawei is seeking to extend the reach of its products into key countries outside of China, where Samsung and Apple hold way. It is also no secret that Chinese companies are still finding it a challenge to brand their products outside of China. Filing a high-profile law suit against Samsung in the U.S. sends a message that Huawei can play with the (other) big boys in the smartphone space. In doing so, it potentially enables the company to expand its brand recognition in the U.S.

Provided that the U.S. law suit does not go the way of the Apple-Samsung dispute, and Huawei is viewed as overplaying its IP hand, or otherwise is seen in a negative light, there is the potential for substantial upside in brand recognition of its smartphones in the vast U.S. market. Indeed, such a benefit may ultimately be much more significant for the company than matters of injunctions and monetary damages. Indeed, patent litigators might consider taking a program or two at their local school of management to learn more about the dynamics of brand-building, and how patent litigation can contribute to this process.

article Patent litigation as a branding tool: Huawei v Samsung has been completed in the discussion