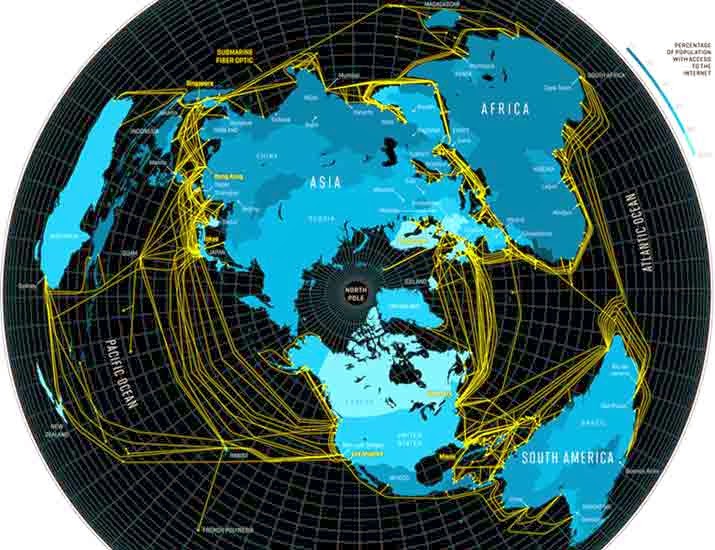 Interruption of cable internet Maritime problem faced by the whole world in general .., but the Middle East are experiencing this problem and damned particularly intensively, Since three years ago outage occurred for cable internet Maritime, which passes in Egypt because of bad weather in the cockeyed. And understood that the territorial waters and land Egyptian passes by 19 Kabla nautical pass all continents and most of them linking the "Europe in Africa", causing countless problems in various parts of the Middle! it did not wait more than a year until interrupted again and occurred the same problem, in Last reiterates "chronic illness" in the same place almost take him influence far beyond what can be to include countries such as the "Cyprus - Turkey - Greece - Italy - Morocco - Portugal - France - England - Germany - Belgique" .., the problem prompted many institutions around the world to search for alternatives to refrain from this problem, "chronic" but until this moment did not yield new! 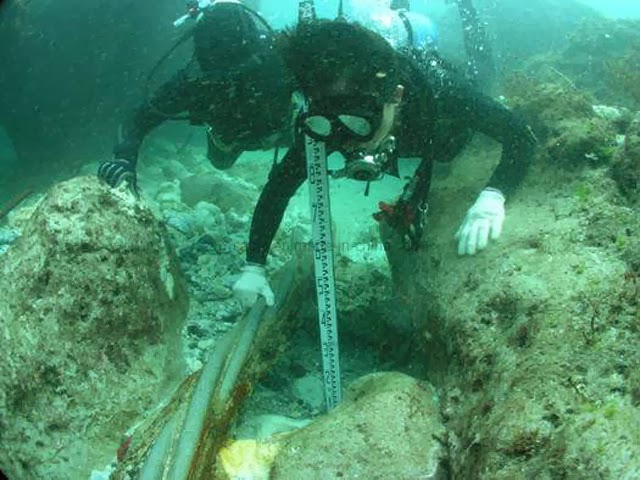 Once again we got to the fourth-parts chain interruption submarine cable .. On Monday, 3 March this happened, "Klakit" the fourth time in Egyptian territorial waters .. where he was declared "STC" in Tweets on the famous networking site "Twitter" According to the interruption Maritime cable internet when Egypt, which may affect the speed and quality of Internet access in Saudi Arabia and the region .., and this news becomes this region, " the most dangerous in the world "on 75% of the data traffic between the Middle East and Europe!

The margin statements also "STC" it will also provide alternatives for those affected to ensure that the same quality of service to them until the completion of the reform of the cable, which may start already ..

We wish that this does not happen again and to find alternatives to advanced specialists challenge of this problem haunting we can embody her famous proverb "the protection is better than cure. 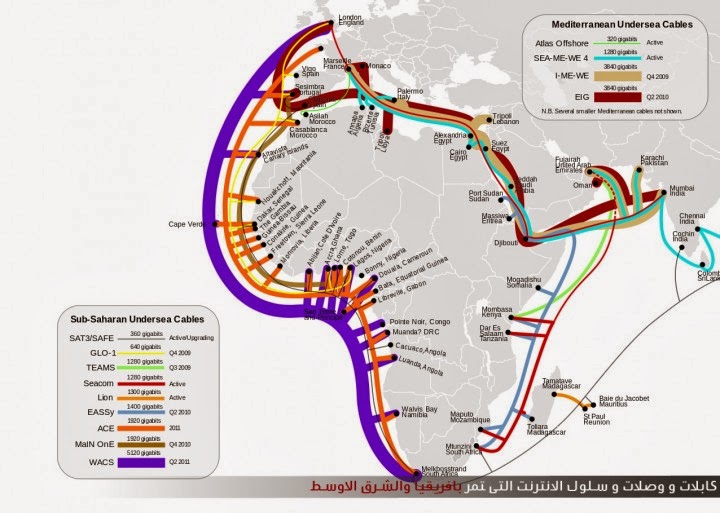