Top 10 Futurist Predictions in the World of Technology

Top 10 Futurist Predictions in the World of Technology 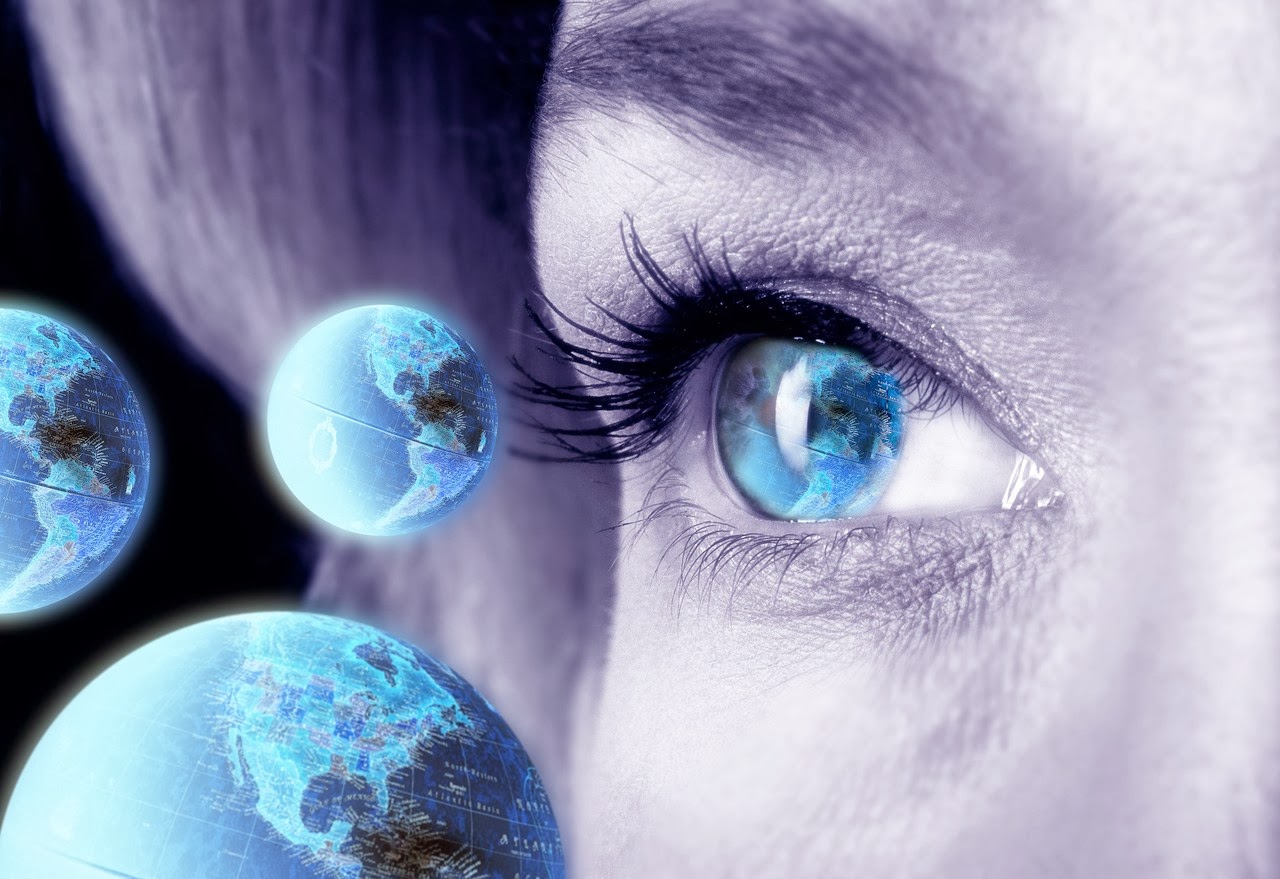 Top 10 Futurist Predictions in the World of Technology
Necessity is the mother of invention!
One of the best and most powerful http://profsmythe.blogspot.com /2013/10/top-20-best-quotes-sites.html" target="_blank">Quote which turn the human life into light..........
If we start to see our history then we come to know human start his development process from two stones and till now he has built such things which even human of this era can't imagine but still now man not satisfied with its work because its human http://profsmythe.blogspot.com /2013/10/nature-is-speechless-beauty-of-nature.html" target="_blank">nature he don't feel satisfaction. As man always think how to perform its daily life activities with machines so many futurists dish out some exciting has downright scary visions for its future of machines and science which enhance the working capability or even replace activities and products which very near and dear to us.
If take short view of human history then we come to know the earlier inventions like teleportation, VCR which were once high tech and people thought its impossible but human proof itself by programming such complicated machines which make routine life easy. Forecasting the future of technology is just for dreamers who hope to innovate better tools and the main point is for the people who hope to benefit from the new and improved. Scientist have made many inventions but all not introduce in consumer market but these all experiments are path toward Great Invention.
Here in today article have discussed  http://profsmythe.blogspot.com /2014/03/top-10-futurist-predictions-in-world-of.html" target="_blank">10 Futurist Predictions in the World of Technology because without prediction and necessity we can't invent its first step of any invention, "The Thought of Invention" 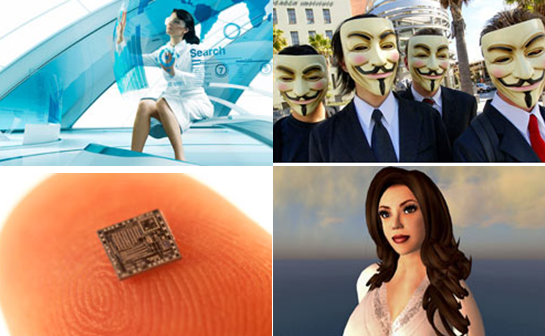 Everyday new invention made in http://profsmythe.blogspot.com /2014/02/why-womens-are-not-interested-in.html" target="_blank">Technology which provide comfort to consumer but many people don't feel comfortable with upcoming latest technology and if you also one of them then you must need to know about Avatars, Surrogates or Robotics. With help of Avatars you can be yourself and interact in the world of high tech and live your online and tech life easily. The U.S. Defense Advanced Research Projects Agency (DARPA) has budgeted millions of dollars to create Avatars that will act as surrogates for real, live soldiers. As avatars and surrogates were the stuff of games, virtual reality and computer interfacing. Fully Intelligent robotic machines have become more widespread in the field medical technology and scientific development. So "Living" life with 'second life' avatars, surrogates or robotics is likely to become more and more common everyday for those of us in less specialized fields, too.

Communication is very important part in learning and without learning knowledge is incomplete. Lot of languages spoken around whole Globe and one person can't understand and speak all these languages as with everyday invention people getting close to each other and want to communicate over the sea but how its possible with different languages but this problem is solve with help of Universal Translator. This translator is amazingly enough because the day is near when two people speaking different languages can communicate with one another in their own voices but in languages they don't know or understand. Like an Arabic speaker can push a button and have his words translated into English as spoken, and vice-versa.

Dark Networks as its name suggest it is the Network of Hackers and Hacking. As the world gets smaller by sharing more and more of the same cyberspace/Networks and social tools. We like it or not but we become a bigger target for the bad guys. While our shared data is very important and puts us all "out there" in different ways, but our same shared data enables to all those involved in dark networks and their activities to get lost and take this data on false, covert identities in order to plan bigger and bigger attacks. Many of you may know name of "Anonymous" it the is one such dark group which involved in "hactivism,". This group having involved into sensitive stores of information from the FBI, Visa, Mastercard, and government Web sites from the U.K. to China which causing large-scale, disabling computer terror. This group work as a collective of many individuals and spreads its login and computer activities thin enough to lead authorities in too many directions to track, and its acts target everything from politics to commerce. So the main point is Cyber-attacks or even infrastructure attacks to water systems and electrical grids make loss billions of dollars and billions of people are at risk each year because of these cyber attacks. So it lead to increased cyber-insecurity,fear of the technology among people which need to go about everyday commerce and communication.

One of the greatest and most amazing invention is Nanotechology, Nanomed it is at the nano level which allows for unbelievable precision and a way to copy the work of nature at its most basic functioning.
One question must click in your mind how small is a nano?
According to the National Nanotechnology Initiative, a sheet of paper is 100,000 nanometers thick and there are 25.4 million nanos in 1 inch. A nanometer is one-billionth of a meter. Now hope so you got your ans.
If you now thought how impacting Nano technology and whats the future?
Then my ans is it is about every field like nanotechnology is being used for innovations in medical devices, engineering, imaging, computing and much more. Specially in medical field the nanotechnology make great improvements like Nanomedicine which rapid and dramatic growth because many illnesses and disorders in the body take place at the cellular level and grow as ruled by the formation of genetic makeup. So, nanotechnology has the capability to treat at the very root of the condition, rather than after it's fully spread throughout the body. The most important is it can be preventative and curative because treatment reaches the narrowest and most minuscule centers of control. In Nanomed, Neurosurgery and gene therapy are two areas which are particularly well-suited for nanotools and technology.

Youth is backbone of any nation but young people have never before so technologically savvy and interconnected as in these days when tech is on peak. They have so much time on their hands and so little money in their pockets just because of wrong use of technology. As we all have observed there have always been some disgruntled youth who fight with establishment and their parents for change. They strike against the old regimes in favor of new freedoms. But the point is in the 21st century globally lack of opportunity and lack of hope for the youth are practically boiling over which ready to explode. Like people between the ages of 16 and 24, and ranging from the unschooled to those with doctorate-level educations, are coming up in a world where they may be stuck at home and without job prospects for years. All of these things may breed organized anarchy or rebellion in the form of technological or infrastructure sabotage, either physically or in cyberspace.

As Images/Picture/photo are tiny bit of a thing on an small computer chip. Quantum is something microscopic with the power to think like a computer without any need of complex circuitry and can being moved by light or sound.
So simply, quantum control uses a technology which derived from physics for computer applications. As quantum electrodynamics (QED) describes the interaction of matter and light. The QED-circuits take this interaction to the computer chip by trying to harness the interaction for circuitry in machines and phonons are sound-activated quantum vibrations which move circuitry and motor machines at the chip level. If you have knowledge about physics then you will easily understand all these terms. In short all these breakthroughs in quantum technology are use in advancing the zero-sized intelligence.

You all know about the mass data it consist on your daily online use data like amounts of images and other kind of data which available online and going to filling clouds and other Web-based storage. As Government regulatory bodies, media, and marketers work for user preferences, habits and even relationships. Its very difficult for us to even think about our everyday uploaded data. Many questions come to your mind....
How this data manage?
Where our data stored?
How we retrieve this data?
Which algorithm use on data?
Hows just single query give us the lot of results?
What to do with all this data?
How we keep all of our activities in the virtual space of Internet World?

Are you waiting for the day when you will say "I can't read your mind!" and the reply will be " Plz stop it i know you can!"?
If it could then what happened?
Neuroscientists are finding ways to read people's minds with machines. Neuroscientists have been in the works for decades and real progress in this way made by researchers at the University of California, Berkeley. In this way translating electrical activity from the brain. It needs decoding of brainwaves to help sufferers of dementia, for example, who have complications with neurotransmitters relaying thoughts into comprehensible speech or holding thoughts long enough to get them out verbally before they're forgotten. Very soon science and machines could have access to human innermost thoughts. In the implications for neurohacking into human's thoughts need to have been studied in relation to neuromarketing, which targets people's brains by manipulating their wants and desires through marketing and advertising and its very important to many organizations.

Without latest technology universe can't explore so tech play great role for exploring the universe. There are lot of space exploration has been made in the 21st century, which cuts to the U.S. and other international space program budgets. Below is little description of these exploration
i. The Curiosity Rover on Mars as of August 2012.
ii. The plans to launch the "most powerful rocket in history," the Space Launch iii. System (SLS) by 2017 and NASA is still very much in the business of the future.
iV. NASA intends to send a crew of up to four astronauts into space by 2021 and this could be a return to the moon, with capabilities for missions on other planets.
V. The people of 21st century individuals and corporations from private sector also plan to keep aiming for the stars and enabling people to buy space exploration tickets of their own. So, in this way space travel for every man become commonplace.

Whats your IQ level?
if you ask this question to anyone then you will get ans in different digits but no one ever ans Zero. But here in the last 10 Futurist Predictions in the World of Technology we have discussed Zero-size Intelligence. Here Zero in computing term and in computing means packing a whole lot of brains in a tiny mean tiny package. As computer companies encourage creativity, and such as Intel, even have futurists on board to predict where technology is headed. So the futurist Brian David Johnson sees the future of advance computing to small a size that the housing for the computer itself is almost zero. Now we can put computers almost anywhere because of their size but in past computers used to take up entire rooms but then desktops, laptops and palms, to micro-chip-sized casings and atom-powered transistors invisible to the naked eye.
So what you are thinking Now?

Related : Top 10 Futurist Predictions in the World of Technology