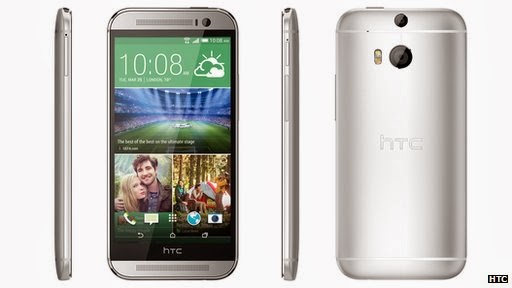 HTC is about his new smart  'M 8" One M8, which is a phone that will compete in the category of smart phones high specification, which won improvements in screen size and imaging capabilities, processor and battery and the power of the sound compared to the phone ONE, which was launched last year.

HTC explained  that 90 per cent of the external structure of the new phone is made of metal, compared with only 70 per cent in the phone, "and" One, also confirmed that the phone has the One M8 screen measuring 5 inches operate strictly Full HD.

The company is designing basic buttons, such as buttons "Home" and "Back to Back", the new phone to touch the screen, not the bottom as in a copy of last year, as the "HTC" merging headphones type BoomSound with her new, a speakers that make the sound of the phone more pronounced by 25% from last year's version.

The pulsing inside the smartphone processor One M8 "Snapdragon 801" Quad-core "Qualcomm", which works fast 2.3 GHz, in addition to the type of graphics processor Adreno 330.

And supported the "HTC" her new smart random access memory capacity of 2 GB uniform, while the user can choose between the internal storage Sotai 16 GB or 32 GB.

The smartphone feature provides increased memory capacity storage via external memory card of the type "Micro SD", and similar smart phones that have been launched recently, such as "Galaxy S 5", supports the machine running until the memory card capacity of 128 GB.

The phone features a new front camera 5 megapixel, in addition to the imaging system at its rear, named Duo Cameras, consisting of two cameras and powered flash light; operate basic camera system accurately 4 megapixel and Technology "Turapeixl", while specialized camera-ins captures the depth of the image, which is The camera, which is expected to reach 16 megapixel accuracy.

The phone works One M8 operating system "Android 4.4", known simply as "Kit Kat", and the sixth version of the new user interface developed by Sense "HTC" specifically for smart phones.

And received UI Sense 6 new design method based on "flat interfaces," he got a new facade on the advantages, most notably a feature to run a number of properties move through the phone.

The new feature also lets you start some applications such as camera application or application news feeds BlinkFeed by moving the phone, it can also perform some functions such as unlock your phone without having to press any buttons.

And owns the phone One M8 new other advantages such as a special mode developed "HTC" to save battery power, a situation that allows the user to run his computer for 30 hours straight only 10% of the battery charge, a battery with a capacity of 2600 mAh / h.

The "HTC" will launch a new smartphone beginning of the day in a number of global markets, through 230 companies in Europe, North America, Asia, Africa and the Middle East, a phone which will be put in three colors are dark gray, silver and gold. 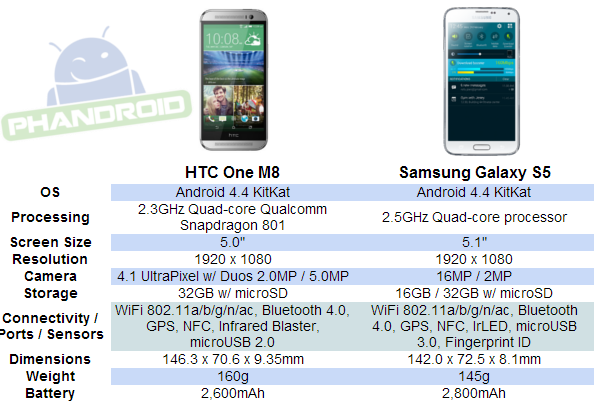 hopefully the information HTC unveils smart phone One M8 that we provide can be useful for you to know the development of technology in the present
articles HTC unveils smart phone One M8 we have conveyed to you, if feel this information is useful and you want to bookmark or share so that more people who know please use link https://profsmythe.blogspot.com/2014/03/htc-unveils-smart-phone-one-m8.html.